Guangxu yuan bao was one of the currencies in circulation during the reign of emperor guangxu of the qing dynasty. Zhang zhidong, governor of hubei province and guangdong province, took the lead in introducing the British coinage machine to cast silver and copper yuan, and the provinces followed suit. A total of 19 provincial bureau casting, in addition to the central department, local provinces cast copper yuan, are engraved on the front edge of the name of the province. 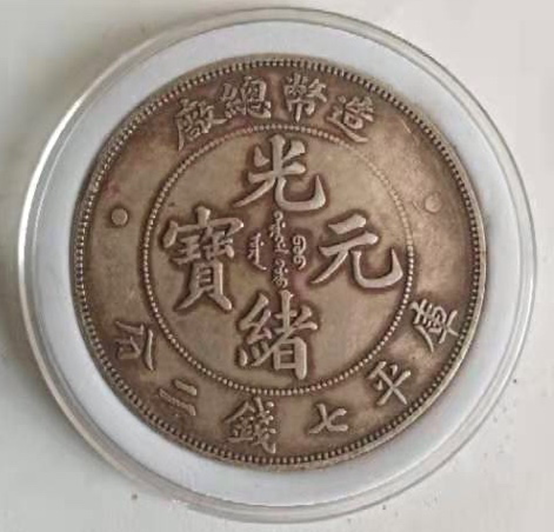 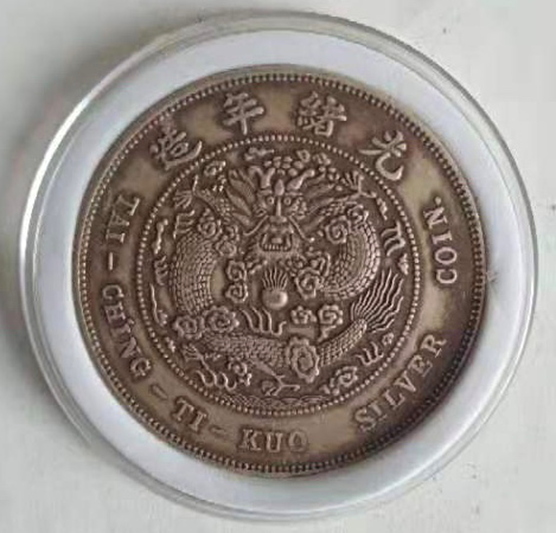 Coinage general factory silver coin, in the qing dynasty silver dollar popularity is higher, mainly because of the dragon's beautiful artistic modeling, magnificent momentum, flying clouds, exquisite workmanship, can be said to be a peak in the qing dynasty silver coin casting. Although the number of silver COINS left by the casting, but the design is very rich, other silver COINS can not be compared.

This coin, with a width of 39.27mm, a thickness of 2.34mm, and a weight of 26.8g, is seven coins and two Fen. It's rated authentic. There is a silver coin with seven coins and two Fen in Kuping of Guangxu Yuanbao. The four characters "Guangxu Yuanbao" in Manchu and Chinese characters are cast in the bead circle on the front of the coin. The four characters of "minzong" are engraved on the outside of the bead circle, and the six characters of "Kuping Qiqian Fenfen" are engraved on the left and right sides respectively. The central part of the coin is a flat dragon, with the upper part of the coin "made in Guangxu year" and the bottom part in English "tai-ching-ti-kuo silver coin". It is beautiful in shape, and its silver and weight have reached the standard level. After the market circulation, it is very popular with various merchants. However, due to the short casting time, there are not many coins circulating in the market, but this is also the respect of this coin. This coin is of high investment value and collection value because of its deep paste, natural maturity, deep typing, clear circulation trace, edge teeth and clear dragon scales. It has historical edification, is a high value historical relics, has a profound historical significance, collection investment value is very high! 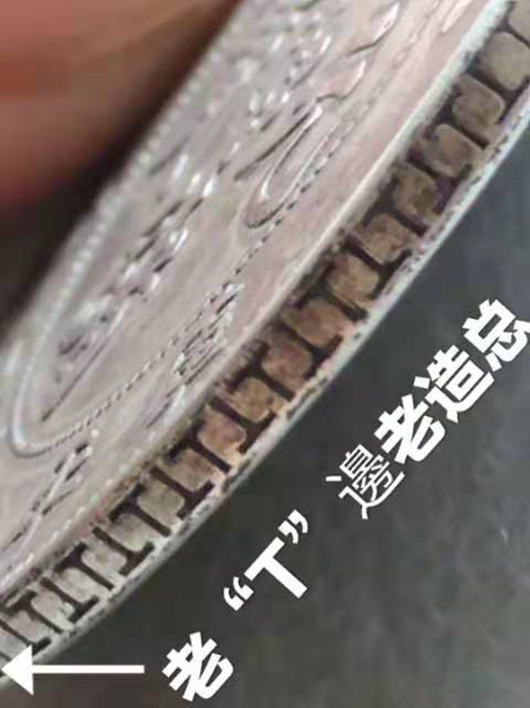 Ancient coins are of great ornamental and historical value, so they are favored by collectors. In recent years, with the increasing popularity of coin collection, coin trading is very active, and the exquisite products of various plates appear one after another! In the antique market, the investment in the collection of ancient coins is attracting the majority of investment enthusiasts with its unique charm. The transaction price of rare coins has increased steadily, especially the coins of Ming and Qing Dynasties and the Republic of China. The news that the auction price of rare ancient coins has reached a record high is often heard in the auction, attracting more and more people to participate in the collection and investment of ancient coins.